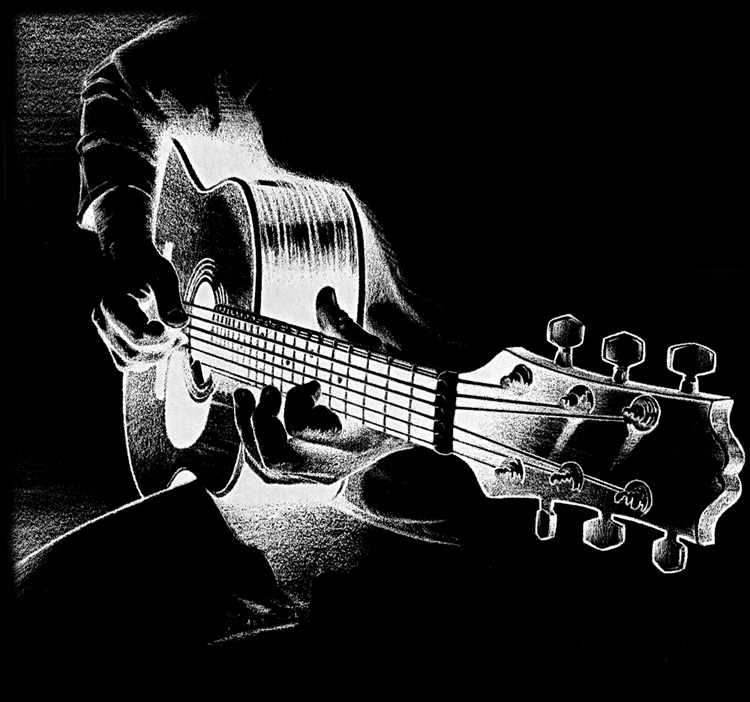 Jay Leach has been a musician in Los Angeles for many years.  Originally from Wichita Kansas Jay began Steel Guitar lessons at age 8 and by age 14 was beginning to play and jam with other musicians in his local area.  At 15 he became member then leader of a group that began as 4 kids jamming in a basement and evolved into a 6 piece R & B show band that toured every weekend and every summer for several years between Canada and Texas.  The name of the group was "The Fabulous Apostles" and was inducted into the Kansas Music Hall of Fame in 2016.

Jay left Kansas to move to California to pursue a career as a professional musician.  After about a year of scuffling and while at a newly acquired job at Guitar Center in Hollywood, Jay met another "up and coming" guitarist named Jay Graydon (legendary guitarist and Grammy winning producer) who helped Jay begin to learn the realities of being a professional guitarist.  Over time and with Guitar Center in the rear view mirror in the late 70's while beginning to build a career as a working musician in L A, Jay received the wonderful opportunity to become Guitarist for Barry Manilow.  Following that many years of playing and recording work ensued including work in Television and Motion Pictures, including 10 years as principle Pedal Steel Guitarist and utility musician for the TV show American Idol.  Jay also currently has 8 albums as a solo artist and 3 books with Mel Bay including one related to Acoustic Guitar and 2 others related to the Lap Steel and Pedal Steel Guitar.  In addition to still working as a free lance musician and solo artist, Jay has formed a new group which features various Steel Guitars called "Los Steel".  A promo video can be viewed by clicking HERE.

Jay and his wife have three children and four grandchildren and after many years in Los Angeles have recently relocated to the Austin, Texas area.